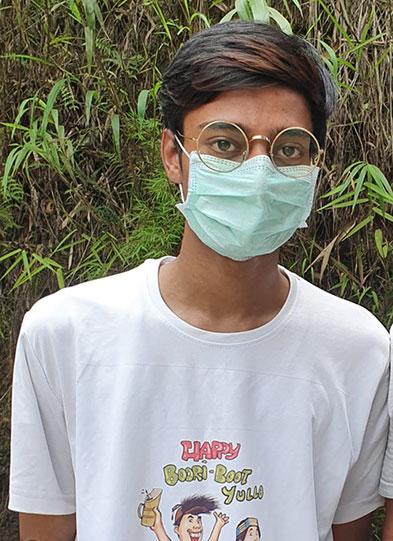 ITANAGAR, 12 Jun: After getting bail from the court of the judicial magistrate first class in Yupia, controversial YouTuber Paras Singh on Saturday apologized to the people of Arunachal and the Northeast region for hurting their sentiment.

In an interview with ‘Kamle Times’, Paras stated that he had no intention to hurt the sentiment of others or prove someone wrong through his video. However, he said, he made a video on gaming and passed racial comments out of frustration after seeing MLA Ninong Ering’s letter to the prime minister, seeking a ban on launching of PUBG game by another name. Paras said he felt sorry and regretted his act.

He said that, when he realized his mistake, he pulled the video off YouTube. However, he said, the Ludhiana police arrested him before he could apologize, and seized all his mobile phones and laptop.

“Whomever I met, I said sorry for my objectionable comments as I was ignorant. However, I got plenty of time to learn about Arunachal Pradesh and its culture and way life in jail,” Paras said.

“I admit that living in India and not knowing about the beautiful state (Arunachal) is a problem and a shame,” he said, adding that he would promote Arunachal through his YouTube channel after the lockdown.

Apologizing to the people of Arunachal, he thanked the people of the state for treating him well and making him realize his mistake.

He also thanked his advocate Rotom Vijay and his family for hosting him like a family member and letting him experience the taste of bamboo shoot and other local delicacies.

Paras also praised the peace-loving people of Arunachal for treating him well.

He has left for Punjab after getting bail.