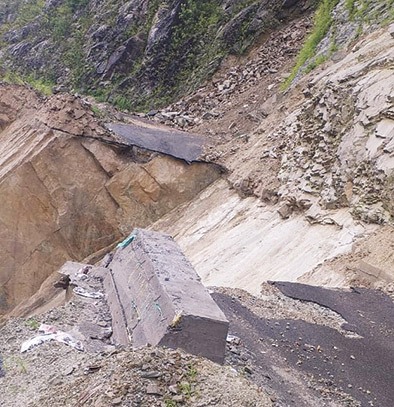 ITANAGAR, 27 Jun: The Pasighat-Pangin and Aalo highway has been cut off after a portion of the highway was washed away due to heavy rainfall on Sunday morning, 36 kilometres from Pasighat, near Rottung village in Siang district.

Sources in Pangin informed that several vehicles and commuters are stranded on either side as the washed-away portion is difficult for commuters to cross. However, no casualties have been reported.

Siang Deputy Commissioner Atul Tayeng confirmed the report and informed that highway officials have been sent to the spot. The DC also informed that restoration would take some time as the slide took place at a hard, rocky area.