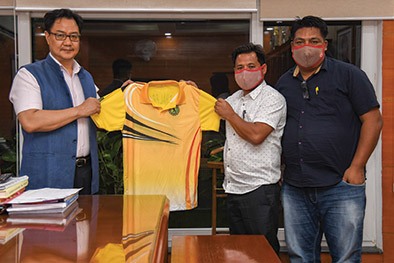 BASAR, 16 Jul: The All Arunachal Pradesh Tennis Ball Cricket Association informed in a release that it has decided to conduct the first ‘Northeast tennis ball cricket championship’ here in Leparada district between September and October.

Members of the association met union minister Kiren Rijiju on 15 June and apprised him of the upcoming event.