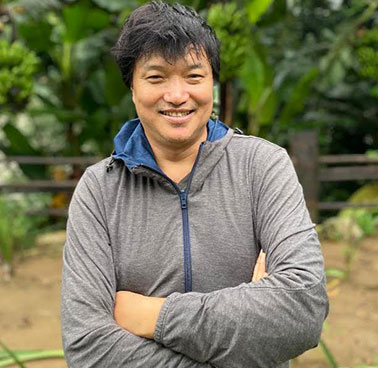 With Tayeng’s appointment, the ATOAI has stepped into the Northeast region, making itself a complete pan-India organization.

Speaking to the Economics Times Travel World, ATOAI honorary secretary Vinayak Koul said, “We are very confident that under Tayeng’s able leadership, the ATOAI will be able to have a strong presence with the tourism fraternity in the Northeast. One of the main tasks

of the association is to increase its footprint in this potent area for adventure travel while at the same time being cognizant of the fact that a safe and sustainable model is adopted by the practitioners.

“The upskilling of the growing network of members, learning the best practices, and creating new business opportunities are some of the tasks cut out for the chapter,” Koul said.

In his conversation with ET Travel World, Tayeng said that he is “humbled and excited at the same time to have been given the responsibility to lead the chapter.”

“It is highly imperative that all adventure tourism activities in the region for its own good are conducted within alignment to the ATOAI with its tenets of good practice, sustainability and safety standards. Having been on the field for the past 20 years across the region, I have gained a very strong and intimate connection with people from the tourism fraternity and otherwise across the region. It will be my endeavor to bring the ATOAI to the fore in the Northeast and give the region the right kind of tourism it deserves – low impact, high value and sustainable,” Tayeng said.

He further said that it is very important that the tourism activities in the region are conducted in the most sustainable, eco-friendly and regulated manner. “Otherwise, this region will fall prey to irresponsible tourism, as many other places in India have suffered in the past due to wrongly exposed and exploited practices, hence losing its value and allure,” he said.

“With the expected post-Covid boom in the tourism sector, The Northeast region will be where everyone will be headed for tourism as the region is emerging as the new sought-after destination for both domestic and international travellers,” he said.

A native of Damro village in Upper Siang district, Tayeng is an advisor to the Arunachal Pradesh Tour Operators Association and also the joint secretary of the Indian Rafting Federation. His Abor Country Travels & Expeditions, founded in 2002, is now a leading tour operator in the Northeast region.

Tayeng also represented India in the US government’s international visitor leadership programme in 2012. (With input from ET Travel World.)