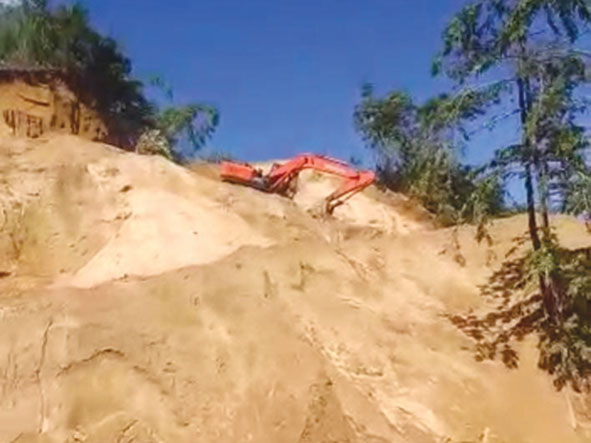 The excavator used for the purpose was also seized.

Earth-cutting has been banned in the capital region as per an order issued by the district magistrate on 11 May, 2021, till further order.

The DC has also engaged an administrative officer to contain illegal earth-cutting/illegal encroachments within the ICR.

He stressed that the district administration has zero tolerance for such illegal activities, and sought cooperation from all administrative officers, the police and the public in preventing earth-cutting in the capital region.

“Activities like illegal earth-cutting may lead to loss of life and properties. It has to be regulated if at all it is to be permitted, so that it does not hamper the ecology,” the DC said. (DIPRO)