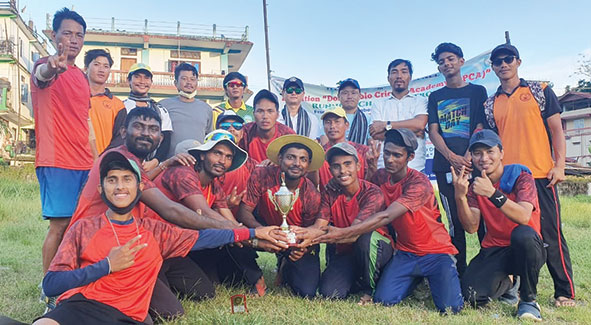 ITANAGAR, 13 Sep: The final match of the 2nd edition of the Donyi Polo Cricket Academy’s (DPCA) Champion Trophy was played on Monday between ICC Kameng and ICC Subansiri.

In reply, ICC Subansiri opener Shaik Salam scored 64 runs before being run out, and Atung Teli contributed 44 runs. He too was run out.

The final match was witnessed by Itanagar Cricket Club president Suraj Tayam, who congratulated both the teams and encouraged them to excel in the sport. The proprietor of the Academy for Cricket Excellence, Nyorch, Nabam Abo also witnessed the match and encouraged the players.