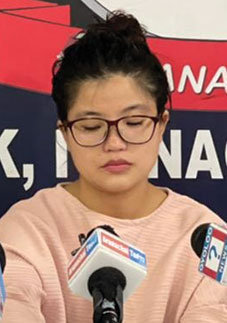 ITANAGAR, 14 Sep: After courting controversy over the recruitment of coaches and instructors, an embarrassed sports department on Tuesday appointed international medal-winning archer Sorang Yumi as a contractual archery coach.

Yumi had accused the department of nepotism and abuse of power by denying her the post of coach and instead appointing a candidate who never won a medal at the national level.

Yumi’s allegation rocked the department, forcing the sports & youth affairs secretary to issue a show cause notice to the SAA director, and to instruct the sports director to re-evaluate the result of the interview.

With her appointment, the department has by and large admitted that the interview for archery coach had not been conducted fairly.

Yumi had highlighted the sports director’s role in the recruitment process, accusing him of favouring his brother-in-law.

Yumi put the sports department’s recruitment process under the spotlight. The matter was reportedly taken seriously by the Raj Bhavan when her accusations of nepotism and unfair means were published in the local dailies.