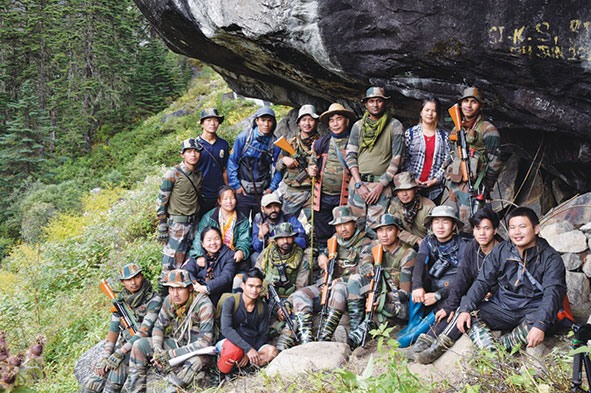 ROING, 20 Sep: ‘Life after death’, a 17 days religious trek to Athu Popu, which is the most sacred place of the Idu Mishmis, concluded successfully on Sunday.

This first of its kind civil-army joint trek was led by Tine Mena, the first woman Everester from Northeast India.

The team comprised 31 members, including three women, from different walks of life. There were local conservationists, adventure travel curators, Idu Mishmi shamans and members of the Fifth Gorkha Rifles.

GOC-in-C, Eastern Command Lt Gen Manoj Pande  met and congratulated Mena and the team members for successfully completing the trek that had commenced on 3 September from Maliney in Dibang Valley district, which is approximately 120 kms from Athu Popu near the border to China.

Athu Popu is located approximately 290 kms from Roing and holds a very significant place in local Idu Mishmi culture. It is believed that after death, the soul of a person takes a journey guided by the Igu (Idu Mishmi Shaman) to attain a new life, and Athu Popu is one of the holy places where the departed souls take rest in their journey towards eternity.