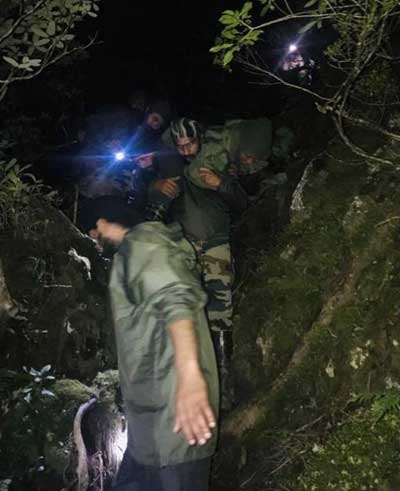 ITANAGAR, 23 Sep: Personnel of the Indian Army rescued six persons who were struck by lightning while on a hunting trip in the far reaches of Dibang Valley district on the night of 21 September.

The persons suffered critical burn injuries and shock. The hostile terrain precluded evacuation by foot; therefore helicopters were pressed into service by the Dao Division of the Spear Corps.

The army personnel provided immediate first aid to the victims and carried them to a safe location. Two army helicopters were later mobilized to evacuate the victims to the military hospital in Dinjan, where they were given critical medical aid.