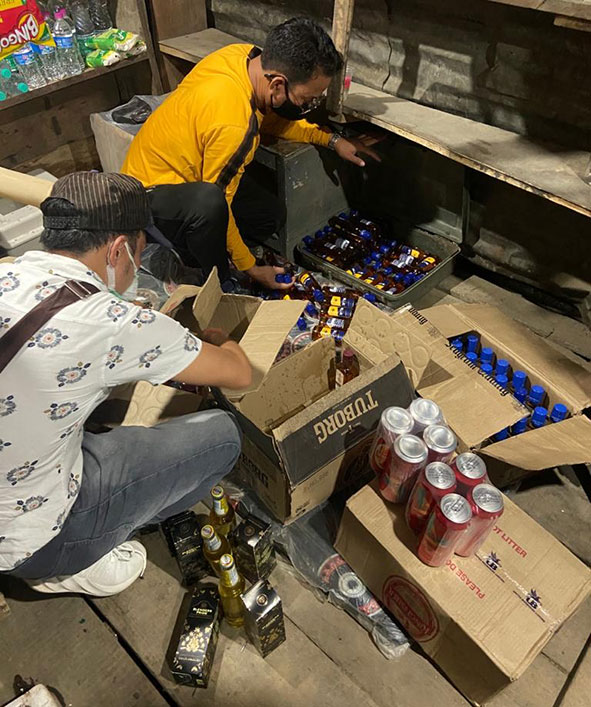 ITANAGAR, 29 Sep: A team of officials of the Itanagar Capital Region district administration, led by the Itanagar CO, along with police personnel, sealed four wine shops for operating beyond the

permitted time during a surprise check carried out in the Capital Complex on Tuesday.

The team also seized IMFL items from nine shops/ gumtis located at Abotani Colony, E-sector, C-sector, and along the NH-415.

Meanwhile, ICR DC Talo Potom directed the bars and wine shops not to run beyond the permitted time. He informed that the checks would be conducted regularly to ensure strict adherence to timing.

He has also sought the cooperation of the public and appealed to them to abide by the rules so that such exercises could be successfully implemented. (DIPRO)