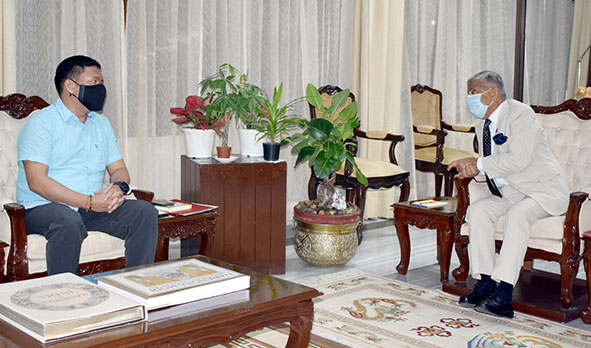 ITANAGAR, 29 Sep: Governor BD Mishra stressed the need for timely completion of the border roads in Arunachal for economic development and growth of the state.

He said that roads play a key role in economic growth and bring multiple socio-economic benefits to the rural masses.

“Roads are the backbone for the growth of the economy. The border roads, particularly those in rural areas play an important role in poverty alleviation of the rural masses,” the governor said during a meeting with Chief Minister Pema Khandu and senior officials of the BRO at the Raj Bhawan here on Wednesday.

During the meeting, both the governor and the chief minister reviewed the progress of works on border roads in Arunachal.

Mishra said that the roads leading to international borders and those connecting the interior villages must be completed on time maintaining better quality. He said that these roads are linked to our national security.

The governor, who had an on-site inspection of the Sela Tunnel and undertook a two-day road journey from Itanagar to Tawang, instructed the BRO officers to ensure that all the workers engaged at the BRO project sites are fully vaccinated against Covid-19.

Khandu also shared his observations and highlighted the importance of defence roads for the people of the state.