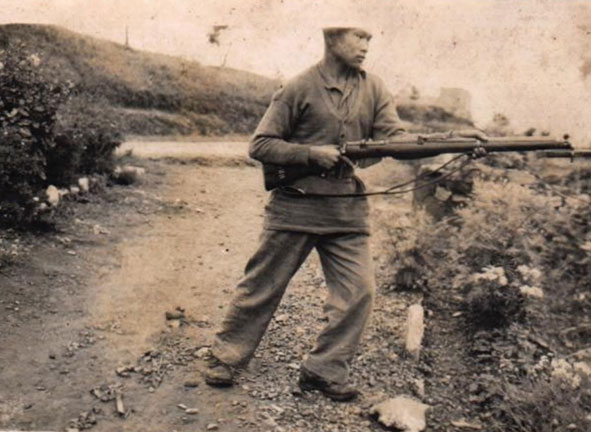 MEBO, 3 Oct: Much to the joy of the people of Mebo village in East Siang district and the state as a whole, 1962 Sino-India war veteran Madar Tayeng has been recognized and his name has been inscribed on the Tyag Chakra of the National War Memorial in New Delhi.

Born to Korin Tayeng and Surat Tayeng during the ’40s in Mebo village, Madar Tayeng joined the C Company of the 7 Assam Rifles around 1953.

He was posted in the Walong sector in the then Lohit district just before the Chinese attacked Arunachal Pradesh. Along with the sepoys of the C Company of the Assam Rifles, Tayeng fought bravely before laying down his life for the cause of his motherland.

Despite his supreme sacrifice for his motherland, there was no formal recognition of his contribution by the union government, or even by the Indian Army. His name had not been listed on the war memorial in Walong and the National War Memorial in New Delhi.

The disappointment of Tayeng’s family and the villagers finally disappeared when Dambuk MLA Gum Tayeng announced that the name of Madar Tayeng has been recognized and included in the list of the martyrs on the National War Memorial.

A formal letter in this respect has been given to her by the defence ministry, following her constant pursuance and communication with the ministry.

The MLA stated that Madar Tayeng was a great son of the nation and his supreme sacrifice would inspire all generations in the days to come.

Income Tax Chief Commissioner of Kolkata, Raju Tayeng, who had assisted his mother Gum Tayeng in unearthing old records and communicating with the ministry, said “the contribution of Madar Tayeng towards the motherland rises above caste and creed and we should be proud of him as a great son of the country.”

Former IPR director Obang Tayeng, narrating the life history of the martyr said, “Walong witnessed one of the fiercest battles in the history of the 1962 war between India and China. The Indian soldiers bravely defended Walong for several days before the Chinese withdrew.”

Many public leaders of Dambuk and Mebo constituencies, gaon burahs, officers and villagers also gathered on the occasion. (DIPRO)