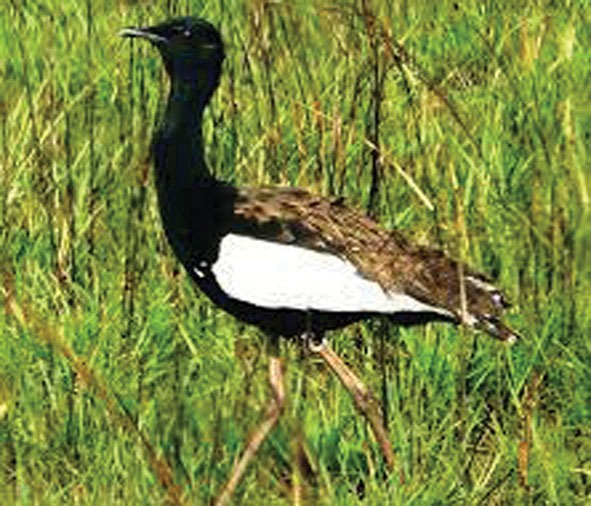 As per a survey conducted by the Bombay Natural History Society and London-based ZSL EDGE and Segre Foundation, there are around 100 Bengal floricans in the sanctuary, with approximately equal numbers of males and females, said Divisional Forest Officer (Wildlife) Tasang Taga during a programme organized as part of the Wildlife Week celebration here recently.

The Bengal florican is one of the most threatened bird species, and is included in the IUCN Red List of Threatened Species.

Ornithologists say that the species is found only in DEWS in the entire Northeast.

Taga informed that efforts are being made to “protect the species and increase its population in the natural vegetation.”

The wildlife department had recently conducted an essay writing competition for students on conservation of Bengal floricans in Arunachal.