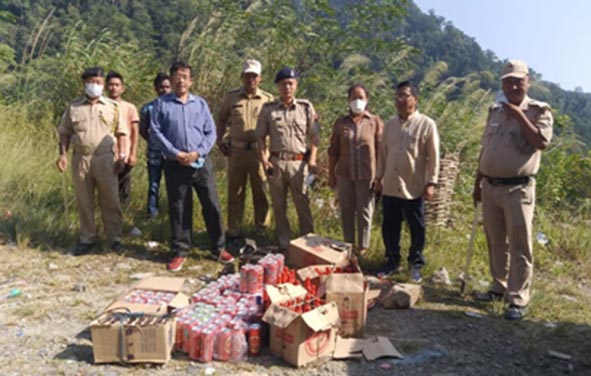 BHALUKPONG, 2 Nov: Large quantities of illegal liquor were seized during a series of surprise checks conducted by a team of officials and the police in various locations here and in Tippi in West Kameng district from 29 October to 1 November.

The EAC cautioned shopkeepers and restaurant owners against selling illegal liquor, and warned that if found guilty, violators will be booked under the Arunachal Pradesh Excise Act, 1993 and relevant sections of the IPC/CrPC.

The seized items were later damaged on Tuesday in the presence of the EAC, the T&E inspector and the Bhalukpong PS OC. (DIPRO)