ITANAGAR, 11 Nov: The State Remote Sensing Application Centre (SRSAC) here has presented its report on the probable cause of the Kameng river’s turbidity. 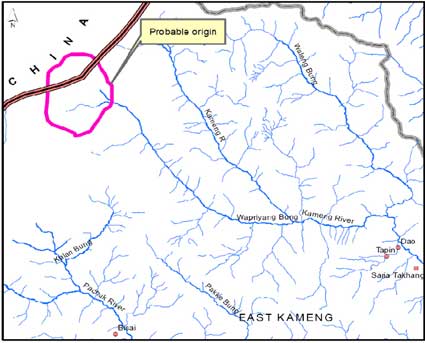 A report from SRSAC Director Dr H Dutta stated that, “in order to study the possible triggering factors, temporal satellite images from the year 1998 to 2017 were studied using RGI glacier inventory and it was observed that there is no moraine dammed lake in the frontal part of glacier (GLIMS ID G092674E27914N and its tributary) and therefore, concluded that the event is unlikely to be a case of glacial lake outburst flood (GLOF).” 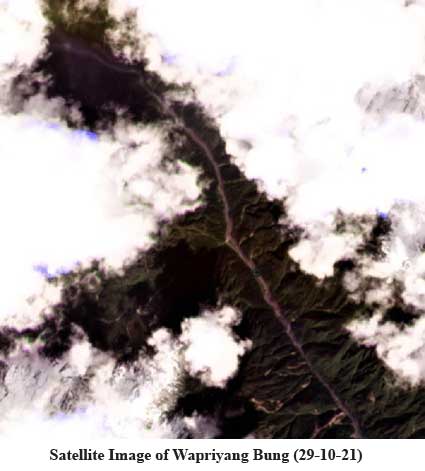 “Study on rainfall data shows that there was no high intensity rain observed during the event. In the Kameng basin, the hydrological year starts from October-June. In the month of October, permanent snow is there in the glaciated region, the seasonal snow starts to build up from October/November to May/June (accumulation season) and starts to melt in the July/August/September (ablation season). Gridded temperature data since the year 2000 from CRUTEM (Climate Research Unit, University of East Anglia, UK) shows the seasonal as well as annual temperature is gradually rising in the western part of the state. Thus, temperature rise may cause glaciers to shrink and snow to melt faster,” he said.

“Further, earthquake data was also collected because in the case of the Siang river muddy event, earthquakes were found to be the triggering factor of massive landslides and muddy river water. In the case of Kameng basin, an earthquake of intensity 3.4 on Richter scale was also reported on 13 October, 2021 near the vicinity of possible origin of the event. Since the epicentre is very near, it may be the cause of destabilization of loose glacial sediments and subsequent release of debris along with glacial/snow melt resulting in Kameng river water turning muddy,’ the report stated.