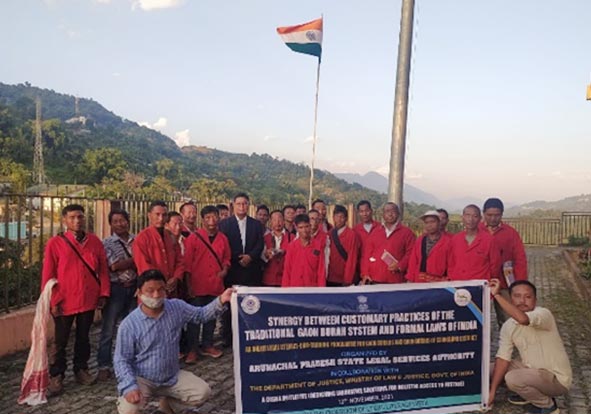 The participants were apprised of topics relevant to their role as heads of the traditional village councils, such as the Assam Frontier Regulation of 1945, powers, functions, etiquettes and protocols, basics of criminal and civil laws, etc.

A session on legal awareness was also held, during which the GBs were familiarized with several relevant topics of public interest, including the Narcotic Drugs & Psychotropic Substances Act, the Protection of Women from Domestic Violence Act, the Victim Compensation Scheme, etc.