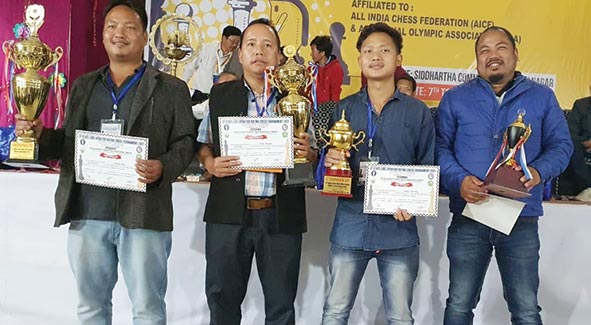 Dupit won the championship for the second consecutive time, securing 8 out of 9 possible points.

The quartet will represent Arunachal Pradesh at the National Premier Chess Championship, 2022.

In the special category, Devani Mara of Upper Subansiri district won the title of the best U-18 female chess player, and Jigo Josam won the ‘best veteran’ title.

AAPCA president Niapung Konia announced that chess will be introduced in the schools of the state very soon.

“Initially it will be done in two schools of each district on pilot basis. The All India Chess Federation will bear all the expenses for it,” he said.