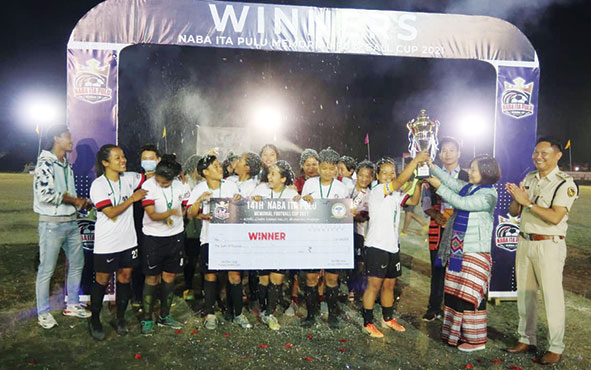 The very tough match between the two women’s teams ended in a penalty shootout, in which IPS scored a goal in sudden death and won the match 3-2.

Achom Degio of IPS won the best player of the tournament title, while Amiyu Aprawe of Coco FC won the ‘hero of the match’ title, as well as the best goalkeeper title. Kai Rumi of Coco FC was the highest scorer with seven goals.

The winners walked away with a trophy and Rs 40,000 cash award, while the runner-up received Rs 30,000 along with a trophy.

The tournament was organized by the Naba Ita Pulu Memorial Football Cup Committee in collaboration with the Arunachal Pradesh State Commission for Women and the Human Rights Law Network.

State’s mountaineers to go on S&R mission for Mra, Dao

Travellers advised to use OKSRT road instead of BCT road