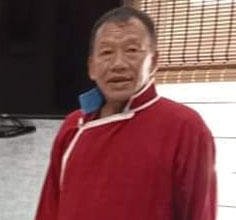 ITANAGAR, 23 Nov: The BJP’s West Kameng district Minority Morcha president, Prem Khandu Nathongjee died on the spot after he came into contact with a live electric wire near Saddle in Nafra subdivision on 22 November, the police said.

The police recovered the body from the Rurang-Saddle road in Jerigaon village on 23 November, West Kameng SP Bharat Reddy said, adding that prima facie evidence suggests that Nathongjee died due to electrocution. The postmortem report is awaited, he added.

Nafra PS OC Tashi Namgey informed that a case of unnatural death has been registered and investigation is underway.

He is survived by three sons and an equal number of daughters.

The West Kameng district BJP and the Sartang Elite Society expressed shock and grief over the tragic demise of Nathongjee and offered condolences to the bereaved family.