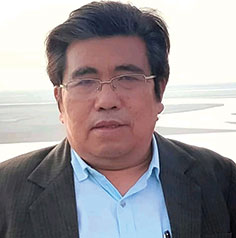 Riba was born to late Kardak Riba and late Y Riba in Pagi village in the present Leparada district on 1 January, 1962. He joined the forest department as a range forest officer in 1984, and was elevated to the post of assistant conservator of forests (State Forest Service) by the government under a scheme of the state government.

Riba was going to retire from government service on superannuation on 31 December this year.

Recalling late Dagmik Riba as “a very prominent and brilliant officer of the department, popularly called a storehouse of knowledge by his colleagues and seniors,” the officers and staffs of the offices of the PCCF and the E&F principal secretary here observed a two-minute silence on 24 November as a mark of respect to the departed soul.