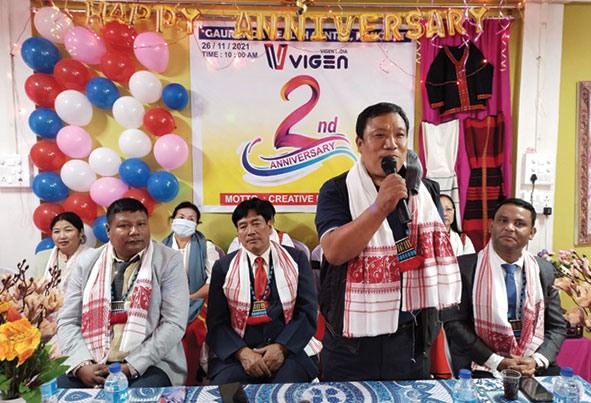 PASIGHAT, 27 Nov: The Pasighat centre of the Vigen India Medical on Friday completed two years of its free medial services to the poor and needy patients.

The New Delhi-based organization has been providing free medical treatment to patients suffering from various ailments, using thermal and laser therapies in its centre here since last two years.

Attending a programme organized to mark the occasion, Pasighat ADC Tatdo Borang said that many patients, including his family members have benefited from the treatment offered by Vigen India.

Explaining the efficacy of the modern therapies used in the centres, Vigen India’s Northeast’s Regional Director Reba Baruah claimed that around 2, 000 patients have so far been cured at its Pasighat centre alone.

Currently, there are 30 such Vigen India centres in the entire North East, where the modern therapies developed in South Korea are used to treat patients.

Brahmaputra Board begins survey for anti-erosion project at Remi river