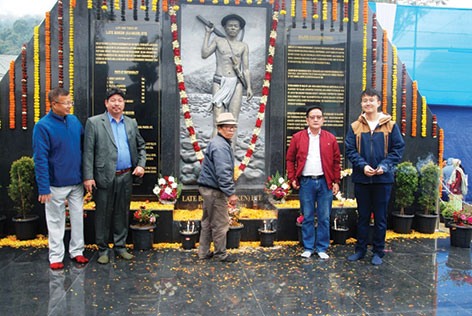 Ete was the first MLA from the Along South assembly constituency. He had started his career during the British regime as an ALC in 1944, got promoted as peon in 1945, then as political interpreter in 1946, and as head PI in 1953, then as base superintendent in 1961 and political assistant in 1963, and went on to become an MLA when the first assembly elections were held in Arunachal Pradesh in 1978.

Speaking on the occasion, SP (Prison) Tojo Karga, GWS president Tanga Kena, former minister Doi Ado and ZPM Tumpe Ete recalled the contributions of late Ete in ending the slavery system, establishment of Aalo as the headquarters of undivided Siang, establishment of the rule of law in the nascent society, growth of the keba system, championing the cause of the indigenous faith by establishing the present DPKG, establishment of RKM School and many other schools in and around Aalo, and his involvement in many crucial development works.

A documentary on the life and works of late Ete was screened for the public to mark the occasion. (DIPRO)