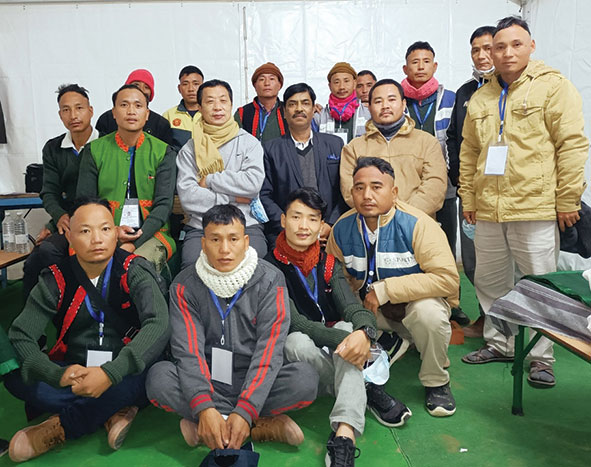 PASIGHAT, 17 Jan: Arunachal Pradesh’ tableau on the theme of the Anglo-Abor (Adi) wars has been selected for the Republic Day tableau parade this year at Rajpath in New Delhi.

Conceptualized and designed by the art & exhibition cell of the state’s information & public relations directorate, the tableau will showcase ‘the resistance of the Adis to protect their land from the British in the 19th century and the early part of the 20th century’.

At present, a team of 17 delegates from Arunachal are camped in New Delhi.

DDIPR (A&E) Onyok Pertin is the nodal officer to the participating team. (DIPRO)