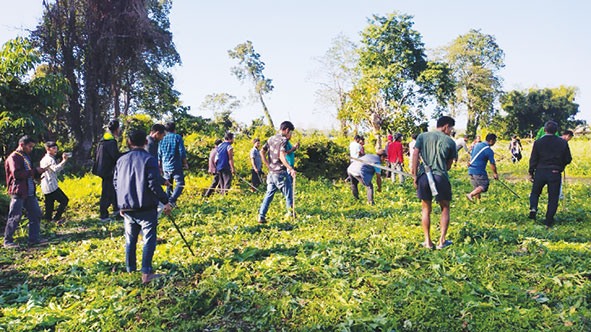 Earlier this month, in a joint consultative meeting, the Namsai units of the Adi Ba:ne Kebang, the Bogum Bokang Kæcopy;bang, the Adi Students’ Union and the ABK Youth Wing, along with GBs, panchayat members and members of the All Jaipur Area Women Association for Nasha Mukt Lotong had resolved to implement the customary and traditional laws to fight drug abuse.

The anti-drugs action committee was formed to create awareness and control drug abuse in the jurisdiction of the Lotong Adi Banggo in Namsai district.

The members also resolved to organize a temporary de-addiction camp in Jaipur village.

The Lotong Adi Banggo Kebang (LABK) urged the district administration to “immediately take strong action and deploy sufficient manpower to identify all the illegal poppy plantation fields in Namsai district and destroy them before they are harvested.”

“This is a clarion call to all the NGOs, CBOs and society to come forward to fight collectively to curb drug menace in the district,” the LABK said, adding that the anti-opium operation will be carried out in other Adi-inhabited villages in the district also.