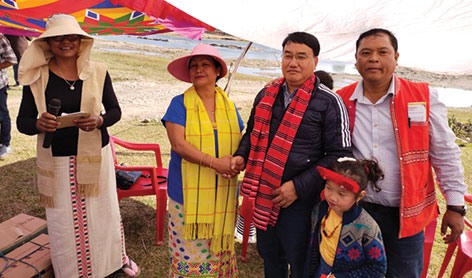 OYAN, 30 Jan: The gaon burahs, government officials and public leaders of Oyan on Sunday assembled on the Sille river’s bank to discuss ways to develop Sille-Oyan area in East Siang district as a tourist spot.

BJP leader Nalong Mize urged the residents of the boundary area to conserve nature’s bounties for development of tourism.

Stating that the Siang valley and the interstate boundary area with Assam’s Dhemaji district are richly endowed with natural resources, Mize said that “tourism, if developed, will boost the economy of the local people.”

“Any communal tensions in the boundary area, if erupted, should be solved amicably,” Mize said.

Pasighat DFO (T) Tasi Mize urged the village heads and leaders to work towards protecting the wildlife and the forest for the future generations.