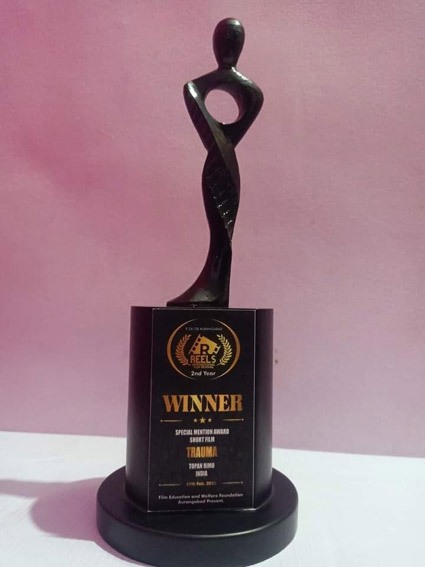 The award function was held in Aurangabad on 27 February, 2022. Trauma was among 1,200 films from more than 46 countries, which took part in the film festival.

Congratulating Rimo, RIFF Director Tushar Thorat said, “Our board and jury members really appreciated your filmmaking process, story, plot and sequences. Every tiny thing of your hard work brought this colorful glory to the international platform.”

A native of Fengche village in East Kameng district, Rimo has won several awards in short film competitions in the state, national and international level. He has a master’s degree in Commerce and in Mass Communication from the Rajiv Gandhi University.