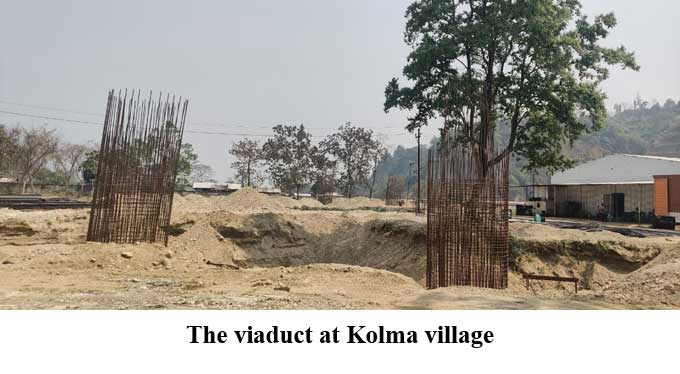 ITANAGAR, 17 Mar: The work on Packages B and C of the Itanagar-Banderdewa four-lane highway is finally picking up pace.

Package B (Papu Nallah to Nirjuli) is 11.3 kms long, and Package C (Nirjuli to Banderdewa) is 7.3 kms long (including a viaduct around 1.1 km long). The viaduct, which will run through the Pare river, is being constructed to avoid the sinking zone in Karsingsa.

Even though the land compensation issue has not been fully resolved, the work has started on both packages. Especially in Package C, things are moving at a much quicker pace. The work on the viaduct, bridge and road is going on in full swing.

“Earlier there was some delay due to forest clearance issue, which has been resolved for now. A huge number of men and machinery have been deployed to speed up the work. Before monsoon arrives, we want to complete work as much as possible,” said an official.

However, the district administration is yet to clear the land compensation issues near the take-off point of the viaduct at Nirjuli, and another one at Kolma village, which the viaduct passes through. 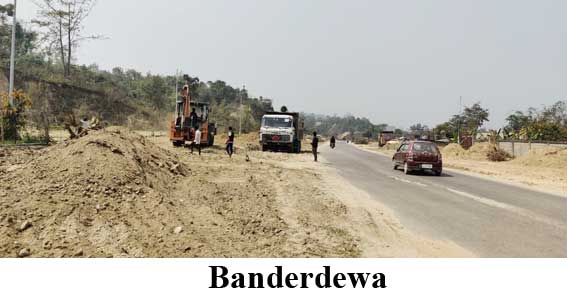 “The people of Kolma village have been very cooperative with us. Even though land compensation has not been resolved, they have allowed us to start work. But as long as this compensation issue drags on, there are possibilities that it might hamper the work progress. The earlier it is resolved the better it is for everyone,” said a worker at the site.

In Package B also, even though work has started, land compensation and utility shifting issues continue to linger. “There, some individual cases of land compensation issues need to be settled. The utility shifting is also going on very slowly. Wherever we have received encumbrance-free stretch, we are slowly starting the work,” said an official of Goodwill-Shivam, the construction agency for this package.

Though the four-lane work has started, the pathetic condition of the road in between Nirjuli and Naharlagun has become a matter of serious concern for the residents of the Itanagar Capital Region.

“Good to see that the work has started, but PWD highway and contractor seriously need to maintain the stretch of road between Nirjuli and Naharlagun. Before monsoon arrives, maintenance should be done. The condition of the road is too bad and people are suffering a lot,” said a resident of Nirjuli.

Meanwhile, ICR DC Talo Potom claimed that 90 percent of the stretches in both the packages are encumbrance-free.

“The land compensation issue in remaining 10 percent stretch will be resolved very soon. Today the inspection team has done an assessment at Model Village, Naharlagun. Regarding Kolma village, the compensation will be paid soon. The compensation fund has gone to the finance department for financial concurrence,” said Potom.