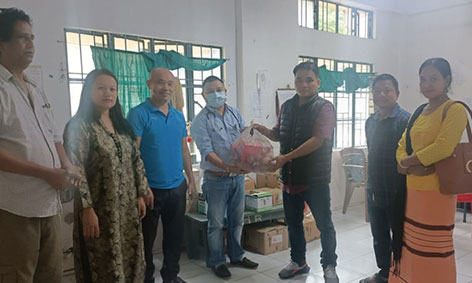 On the occasion, the ZPMs and other panchayat members of the district, led by the zilla parishad chairperson, distributed fruits, health drinks, etc, to the inpatients of the district hospital here.

They also visited the blood donation centre and had discussions with its in-charge Dr O Mega regarding blood camps in the district in the future.

DIPRO adds: In East Siang, NPRD was celebrated in all the gram panchayats of the district.

Attending the celebration in Pasighat, DC (in-charge) Tatdo Borang stressed on the importance of “transparent and successful conduct of gram sabha by all elected panchayat members.”

PD Tajing Padung briefed the gathering on the “various themes to be prioritised under the sustainable development goals to be taken up by all the gram panchayats under East Siang district.”