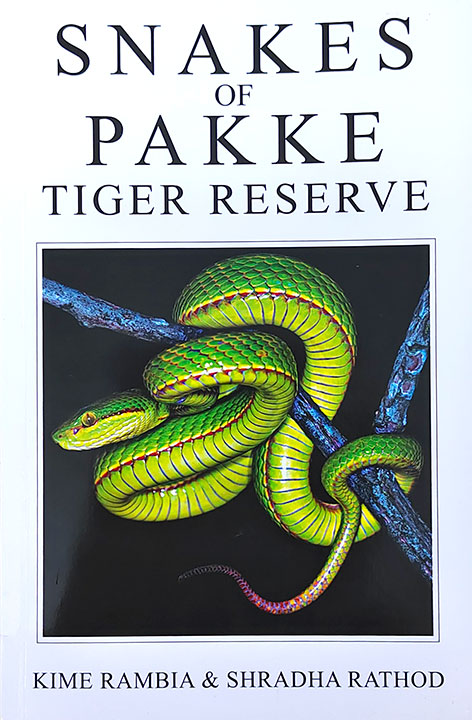 The book is a compilation of information about 46 species of snakes, written by Range Forest Officer Kime Rambia and Shardha Rathod.

This is the first ever book to list the names of the snakes in local languages – Nyishi, Aka and Miji – the three languages spoken around the Pakke Tiger Reserve (PTR).

The book contains brief descriptions of all the species and their venom status, distribution map and spectacular image that is a visual aid to identification.

A few of the snakes have not been recorded by the authors, but as they have been photo-documented close to the PTR, they are likely to occur within the reserve and therefore have been included in the book.

The book is outcome of extensive survey in and around the PTR by Rambia, Rathod, and Rambia’s team.

Rambia and his team have also initiated a rescue programme to mitigate human-snake conflict, as part of which they have rescued more than 300 snakes over a period of four years.