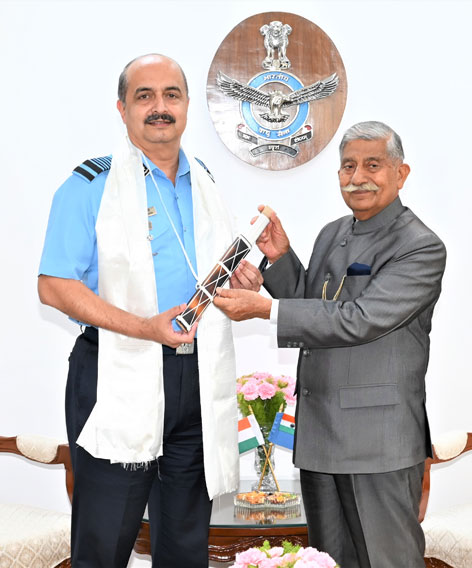 The governor, who is on an official tour of the national capital, stressed the need for strengthening the air defence system, especially the advanced landing grounds (ALG) in Arunachal.

He advocated using these ALGs for civil purposes, besides their use by the military.

He also highlighted the importance of the firing ranges for the security of the nation.

The governor also impressed upon the air chief marshal to waive off the state government’s liability towards the IAF, stating that most of the flights were for humanitarian operations, including airdropping of rations in remote areas and emergency medical evacuations.

The IAF chief assured the governor that he would take up the issues at the appropriate forum of the defence establishment. (Raj Bhavan)