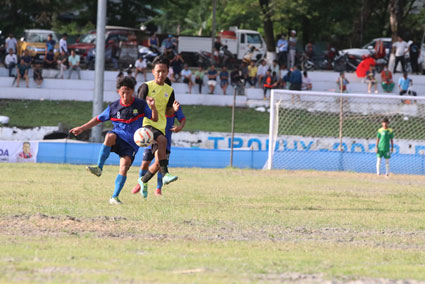 ROING, 2 Jun: Longding defeated East Siang by 3-2 goals, while Kra Daadi defeated Lower Subansiri in a penalty shootout (3-1) in the semifinals of the 5th edition of the Hangpan Dada Memorial Trophy (HDMT) football tournament for boys, here in Lower Dibang Valley on Thursday.

The final match will be played on 4 June.