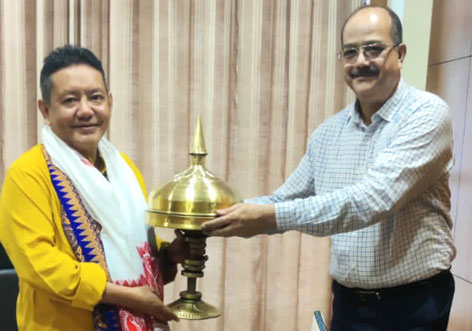 Sona, who is also the chairman of the CPA India Region Zone-3, was unanimously elected as the president of the NERIPSTR on 12 May, during the executive meeting of the 18th Commonwealth Parliamentary Association India Region Zone-3 in Itanagar.

The NERIPSTR has been set up

with the objective of imparting training, conducting workshops, and extending support to all the legislators and officials of the NE assemblies.

Sona on his part assured to give his best for the welfare of the members of the NE assemblies. (Speaker’s PR Cell)