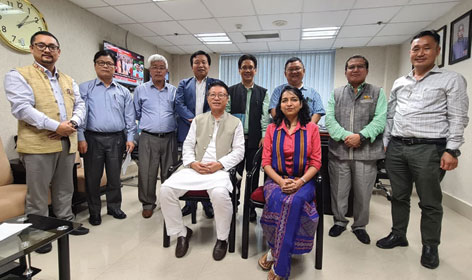 Responding to the representation submitted by the NES, the minister assured to “convert the ISSE in Pabua

He requested the NES team to ensure speedy execution of the ongoing infrastructure projects undertaken in the NES-adopted schools, and to ensure completion of the projects by 31 October.