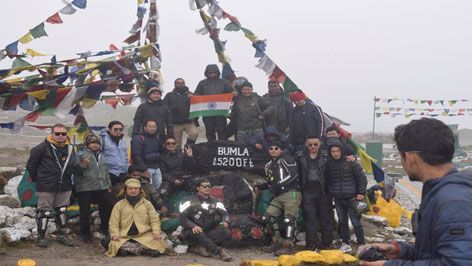 ITANAGAR, 2 Aug: The Indian Army organised a motorcycle expedition in two legs from the Holy Tree – the entry point of the Dalai Lama to India in 1959 – to the Chumi Gyatse waterfall, in Tawang recently.

The second leg of the expedition was flagged off from the Tawang war memorial.

“The grit, determination and satisfaction of highlighting the patriotism while celebrating Azadi Ka Amrit Mahotsav was clearly visible on the faces of the participants,” Tezpur (Assam)-based Defence PRO Lt Col AS Walia said.

The expedition was also aimed at promoting and boosting tourism in the Tawang region.