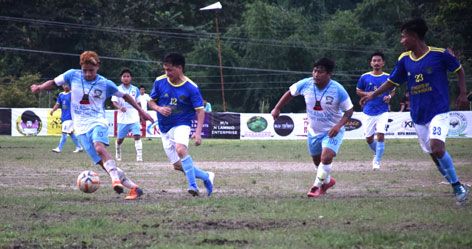 Taloh put his team ahead by scoring in the 27th minute. Atem Nonang restored the parity in the second half through a penalty kick in the 67th minute.

Boya Rida of Bogum Narmi and Omin Panggeng of Siang UFC were adjudged players of the matches.