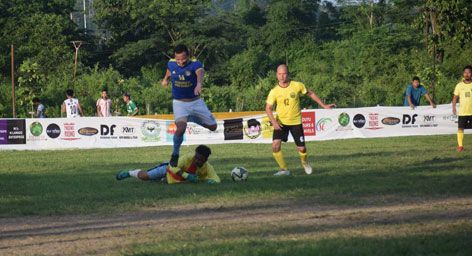 Olik Takuk of MR Siang UFC was adjudged man of the match.

In another match of the day, Donyi Sango Raseng RGU defeated SFCCI by an equal 5-0 margin.

Pertin, who scored a hat-trick of goals, was adjudged player of the match, informed SFCC-I IPR secretary Kadum Apang.