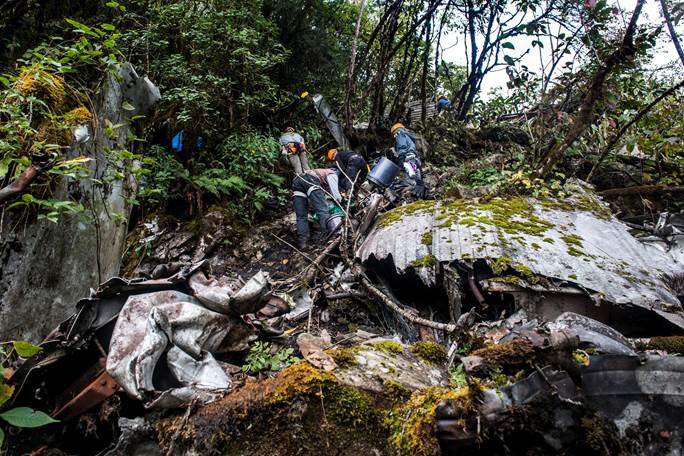 KOLKATA, Nov 8: Investigators from the Defense POW/MIA Accounting Agency (DPAA) returned to India this week to continue the search for remains of US personnel missing since World War II, according to a press statement from American Consulate in Kolkata.
Unaccounted-for US airmen are approximately numbered at 400 and most of them are believed to be located in Arunachal.
During World War II, the United States provided supplies to the Chinese Army by flying over the Himalayas, a route known as “The Hump.” Many of these aircraft went missing and were never found in the mountainous terrain.
During DPAA’s missions in 2015 and 2016, remains were recovered and are in the process of being identified through DNA testing, the statement said.
One set of remains from the 2015 recovery mission was positively identified as US Army Air Forces 1st Lt Robert E Oxford. In 2016, a local villager turned over additional remains thought to be associated with another US crash site.
This year, the team will conduct a similar mission in Northeast India, surveying several different sites from those visited during the 2016 investigation effort.
Mary Kay Carlson, the Chargæcopy; d’Affaires at the US Embassy in New Delhi said, “The United States works with governments around the world to provide the fullest possible accounting for our missing personnel to their families and the nation. This is the fifth DPAA mission to India since 2013, demonstrating successful cooperation between the governments of India and the United States. This positive relationship underscores the dedication each nation brings to this humanitarian mission.”