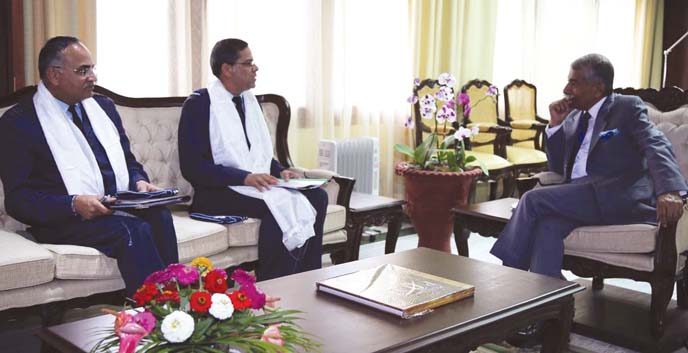 ITANAGAR, Jan 18: Governor Dr BD Mishra has emphasized that the advanced landing ground in Ziro must be completed in all aspects, including the boundary wall.
Sharing his concern regarding the ALG, the governor said this when Air Commodore MK Gupta, Air Officer Commanding, Air Force Station, Tezpur, called on him at Raj Bhavan here on Thursday.
The governor also advised the air commodore to liaise with the district administrations regarding other IAF projects in the state as well.
Air Commodore Gupta briefed the governor on various IAF infrastructure and upcoming projects in the state.
They also discussed issues related to fighter pilots’ combat proficiency and the need for weapon firing practices.
The AOC cited the example of Kargil war where IAF fighter pilots caused heavy casualties on the Pakistan infiltrators, and said that could happen only “due to good firing practice which our pilots had.” (PRO to Raj Bhavan)