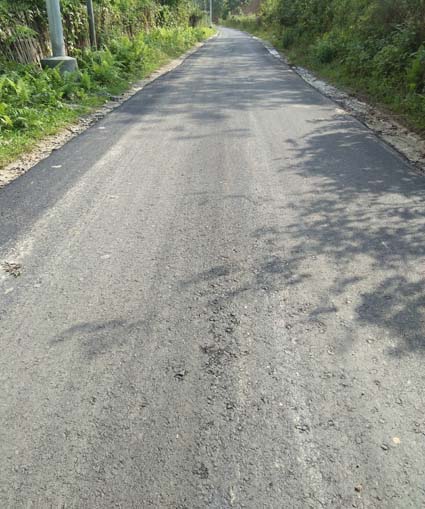 Staff Reporter
ITANAGAR, May 17: After much criticism, the Doimukh PWD division and the contractor concerned have speeded up the work for re-carpeting the Itanagar-Poma-Jote road, and the work is currently underway in full swing.
Following strong criticism from civil society groups and residents of Sangdupota circle, the quality of work has also slightly improved.
However, the lack of drainage system is expected to cause damage to the newly constructed road during the monsoon season.
“We are thankful to the state government for repairing the Itanagar-Poma-Jote road. However, in the long run this stretch of road will have to be converted into state highway. Chief Minister Pema Khandu during a visit to NIT Jote in 2016 had promised to convert the present village road into a highway. We are still hopeful that the CM will honour his promise,” said a resident of Sangdupota.
Also, several educational institutions are coming up in the Jote-Poma area.
“The government law college at Jote will start functioning from the coming academic session. Construction of infrastructure for the NIT is also going on. Also, construction of the film institute at Jote is expected to start soon, and construction of the government women’s college at Poma has already started. These are high quality educational institutes where students from across the country will study. Therefore, there is need to convert the Itanagar-Poma-Jote road into state highway,” added the resident.