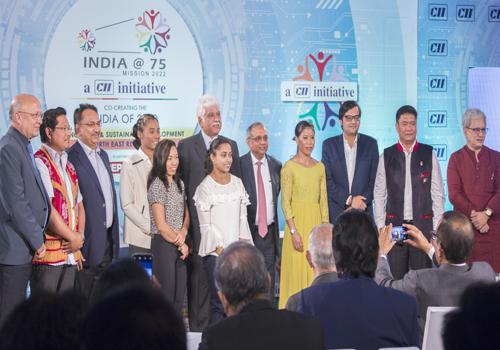 GUWAHATI, Oct 12: Chief Minister Pema Khandu has said the biggest challenge for Arunachal is connectivity.
Pema said this on Friday while attending an event on ‘Inclusive and sustainable development of North East region by 2022’, organized by the confederation of Indian industries (CII) under the initiative of ‘[email protected] – co-creating India of 2022.
He said the state has great potential in tourism, hydro and agri-horti sectors, but is not exploited to its full extent due to lack of good connectivity.
He, however, remained optimist that with assistance from the central government on rail, road and air connectivity, the connectivity bottleneck will be overcome in coming days.
The chief minister said one of the major hindrances in the future of hydro project’s growth is the long duration for the hydro projects to obtain clearances that extend beyond 10 years. He said the issue must be discussed to sort out such hindrances.
Pema also brought forth the people’s sentiments attached with their land.
He said locals must be brought into confidence before going ahead with hydro projects. He further said the concerns of downstream people must also be taken onboard.
The chief minister further called for combined focus area for investment in the North East. He said the region as well the state has best quality horticulture products.
He also called for air connectivity within the region.
Assam Chief Minister Sarbananda Sonowal and Meghalaya Chief Minister Conrad Sangma, including Deputy Chief Minister of Tripura, Jishnu Dev Varma also attended the session.