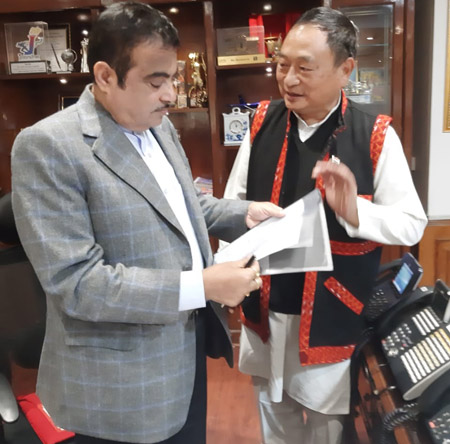 ITANAGAR, Feb 12: Member of Parliament Ninong Ering on Tuesday said Road, Transport & Highways Minister Nitin Gadkari has assured him of constructing a road from Pasighat (East Siang) to Dari (West Siang) via Koyu (Lower Siang) with an estimated cost of Rs 400 crore.
The assurance was given when the MP met Gadkari in New Delhi on Tuesday in connection with the issue. The matter was also discussed during Question Hour in the parliament on 7 February, Ering informed.
“The road will be a boon not only to the people of East Siang but all the districts in the eastern part of Arunachal Pradesh,” said Ering.