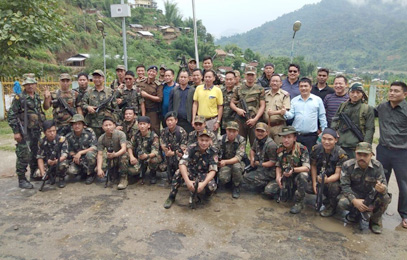 The polling team which had left for the Zara polling station in Kra Daadi district on 23 April had reportedly gone missing, and their whereabouts remained unknown for nearly a month. What follows is what transpired with the team during that time, as recounted by the team’s security officer in-charge.