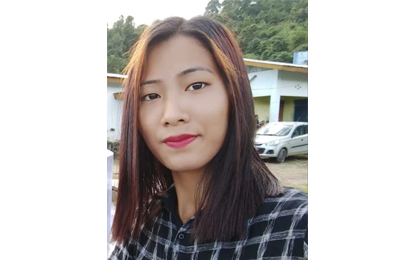 ITANAGAR, Jun 17: Seventeen-year-old schoolgirl Dolly Wangsa is missing since 14 June from Tezu town in Lohit district.
According to her family members, her phone was last used at around 10.30 hrs on 14 June, and since then there has been no contact with her. Her scarf, bag, earphones, spectacles and umbrella were found near the Tezu Nallah. Her phone is missing.
The girl’s family has announced a monetary reward for information, and has appealed to the people to come forward with any information they might have.
The family can be contacted on 9862986422, 9436426343, and 8403093596.
Dolly, who is from Chating village in Longding district, is a student of Class 11.
Lohit SP DW Thungon said her call records are being investigated, and that a special police team has been constituted to search for her.
He said the downstream areas in Assam have also been alerted regarding the missing schoolgirl.