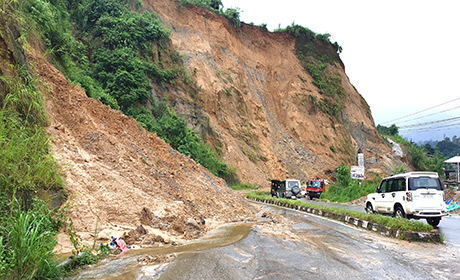 The debris that has accumulated due to a landslide on NH 415 near the police headquarters in Itanagar is still lying on the road, causing inconvenience to commuters and hindering traffic movement. The PWD highway is yet to remove the debris, even after days have passed since the landslide occurred. It is feared that with more rain in the forecast there will be more landslides in the area. The locals have urged the authorities to have the debris removed immediately.