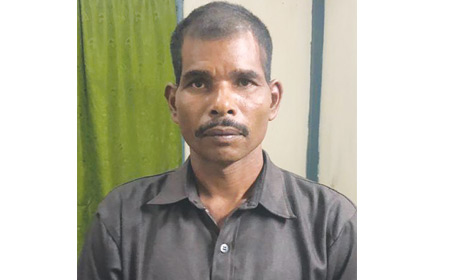 ROING, Jul 16: The police have arrested a person in connection with the murder of one Gopi Tamang, who had been working as an agriculture labourer in Bijari in Lower Dibang Valley (LDV) district.
The accused, identified as Saniyas Diori, was arrested from a nearby village in Assam by a joint team of police from Roing and Assam’s Sadiya police stations, said LDV SP Sanjay Kumar Sain.
“During interrogation, Diori admitted that he had murdered Tamang on 24 June in a fight over some personal dispute, and dumped the body in an agriculture field at 2 Kilo, near Dambuk,” the SP said.
Earlier, one Tony Dupak of Bizari had lodged an FIR at
the Dambuk police station, informing the police that the body of his agricultural labourer, Gopi Tamang, had been found dumped in an agricultural field in the 2 Kilo area.
After registering the case, the police launched an investigation, and arrested Diori, who also is a farm labourer, on Sunday from Deorigaon, where he was hiding.
Sain commended his team “for solving the case within a very short period,” and also acknowledged the cooperation extended by the Assam Police in arresting the accused.