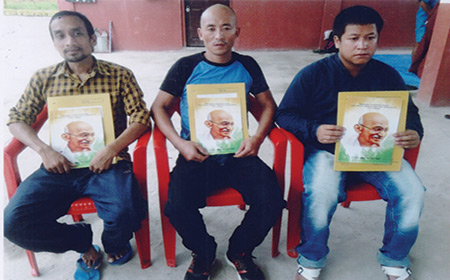 ITANAGAR, Jul 27: Four convicts have been released in the second phase of the special remission programme granted by the governor as part of commemorating the 150th birth anniversary of Mahatma Gandhi.
Convicts Tadik Yorchi, Mardo Ete and Iken Naso were released from the district jail in Jully, and Rajiv Tayeng was released from the district jail in Tezu.
During the release under the special remission programme, Jully Jail Superintendent (in-charge) Yomnya Eshi spoke on the life and teachings of Mahatma Gandhi, as per the home affairs ministry guidelines, and expressed hope that the released men would strive to become good citizens.