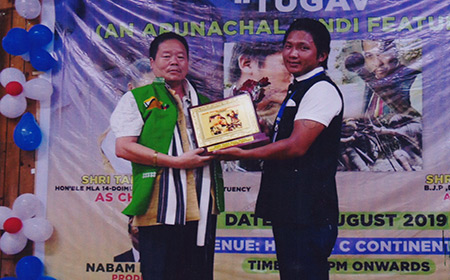 ITANAGAR, Sep 2: The trailer of a local film titled Tugav was launched at a city hotel here last Saturday. The film is produced by Nabam Nagung and directed by Tad Naju. Among others, Doimukh MLA Tana Hali Tara and the BJP’s East Kameng district in-charge Tok Hina Camdir attended the programme.