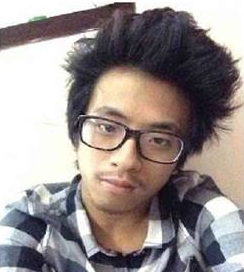 ITANAGAR, Sep 5: A Delhi court has convicted four persons accused in the Nido Tania murder case.
Arunachalee youth Nido Tania (20), a first-year student at Lovely Professional University, died after he had been brutally beaten up by some miscreants in Lajpat Nagar area of New Delhi in 2014.
The court of Sandeep Yadav, Additional Sessions Judge-2 of the South East district Saket court in New Delhi, in its judgment convicted the accused – Farman, Pawan, Sunder and Sunny Uppal – under Section 304, Part 1/34, of the IPC.
In an ‘order of sentence’ announced in the open court on Wednesday, Farman was sentenced to 10 years’ simple imprisonment along with a fine of Rs 20,000. Accused Pawan and Sunder were sentenced to seven years’ simple imprisonment with a fine of Rs 20,000 each.
The court sentenced Uppal to three years in jail and fined him Rs 20,000.
According to informed sources, “an application has been filed by accused Sunny Uppal under Section 389 CrPC for suspension of sentence and for grant of bail.”
Tania died of severe lung and brain injuries after having been beaten up with iron rods and sticks, following a fight with a shopkeeper. The murder had led to a national debate on discrimination against the people from the Northeast.
Activists and students had expressed their anger and outrage over Tania’s death and politicians across parties condemned his death and vowed to work with activists and students from the Northeast to address their recurring concerns of being racially targeted in Delhi and other cities.

– Some closure but quantum of punishment not enough: Nido Marina –
Tania’s mother, Marina Nido, said she has mixed feelings about the verdict as the quantum of the punishment could have been harsher.
She, however, added that there has been a closure in the case for now.
“Tania was a kind young man. I still feel the pain,” said Marina, who fought hard for the last five years to get justice for her son.
“Everyone misses his presence,” she said. “I hope no mother goes through the pain that I went through and am going through. I hope India will respect the racial diversity and accept that people of the Northeast are different.”
Marina said the NCERT should incorporate a syllabus on the cultures, history and people of the Northeast, so that the rest of India knows about the region.
She credited lawyer Prashant Mendiratta and his team that represented the family and assisted the prosecution.
Speaking to this daily, Mendiratta said he would have been happier had the punishment been harsher.
He said the team would go to the high court as the case has been challenged by one of the accused.