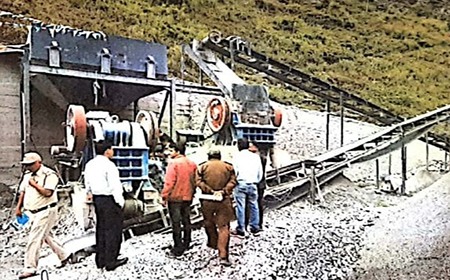 SINGCHUNG, Oct 4: The stone crusher unit at Dumdum Nallah here in West Kameng district was sealed on 27 September by Singch-ung CO G Doke, with assistance from police personnel.
The unit was sealed after it was found that it was not operating within the provisions of the Arunachal Pradesh Stone Crusher Guidelines, 2012, during an inspection conducted by a team of officers.
The team also inspected various other locations in Singchung subdivision to check and stop operation of unauthorized quarrying activities, stone crusher units, etc.
“However, no illegal quarrying activities, stone crushers, etc, was found to be operating,” an official release stated.