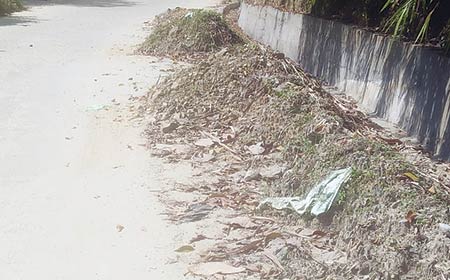 Debris lying unattended on the CC road between Division IV and Abotani Colony in Itanagar. Several mounds of such debris lying on this route have caused damage to the CC road, and also lead to traffic congestion. With the completion of the bridge over the Yagamso stream in F Sector, commuters prefer to take this route to avoid the traffic on NH 415. The capital administration appears to be least bothered about clearing such debris from various sector and colony roads.